Recession: What it is, Reasons, Economic Downturn Cycle

Many expert economists around the world are now claiming that we have almost entered on the path of recession. But what does that mean?

Let’s look at what a recession is

Recession is a word we have probably all heard, and it is often followed by fear of the unknown. The good news is that a recession does not necessarily have to be a burden on your finances. To be prepared, it is best to understand what it means for the economy and how to manage financials during the recession.

Contrary to popular belief, the economy does not always grow at the same pace. Economic performance may fluctuate from time to time – but that does not mean that we have to be in a recessionary environment.

So what is a recession?

What is the cause of a recession?

When the economy goes through a period of prolonged growth, inflation can rise. And at some point in its current cycle, the economy will have no room for more growth and will peak. As prices rise, consumer demand also falls, causing companies to cut back on production and reduce employment. This mix of events with higher unemployment and the decline in consumer demand, followed by a downsizing of companies, ultimately leads to an economic recession.

The impact of supply and demand

There is one thing that has a significant impact on an economy – the power of supply and demand. For example, suppose there is a great demand for a particular asset. The price of that asset will rise and may skyrocket.

This is similar to what happened in the real estate crisis of 2008. The futures market on which the mortgages for owner-occupied homes were based was considered bulletproof until it was finally discovered that a considerable number of mortgage holders were unable to pay their debts.

The reasons for this can be attributed to rising interest rates, inaccurate ratings of the underlying bonds and irresponsible lending. The result has been massive loan defaults and a collapse of the real estate and financial markets almost overnight.

Let’s talk about the concept of recession cycles.

While economic cycles can be predicted to a certain extent, they do not work in terms of duration and scope. Over time, different economic cycles have triggered recessions of varying degrees. The recession following the dot-com phase in 2001 was short and lasted only 8 months.

Before that, the number of Internet-based companies had risen sharply. However, the Great Depression in the United States was devastating. It lasted about 10 years and led to 25% unemployment in the country.

Based on historical economic cycles, the markets are long overdue for a recession. On average, the global economy only expands for just over three years in each cycle. Today, the economy has been expanding for over 9 years, a considerable period of time compared to a normal economic cycle. The last recession was over a decade ago. So it is not unreasonable to assume that a new recession is waiting for us.

Geopolitics can also play a role in recessions. The UK’s withdrawal from the European Union has raised fears that more and more countries will want to become independent and that the balance of power in the region will ultimately be shattered.

In the United States, President Donald Trump is continuing his trade war tactics with nations such as China, from which the world economy is suffering. Trump has already imposed tariffs of 25% on $200 billion of Chinese goods exported to the US and has shown no signs of regress.

For those who can anticipate a recession, there is money to be made. That is why it is extremely important not to panic during a recession. If you stay cool, you can often find ways to make good money even in these times.

One remarkable person who has always found a way to make money in recessions is Warren Buffet. Buffet explained that the key to success in a recession is “to be afraid when others are greedy and to be greedy when others are afraid”.

After the previous recession in 2008, Buffet used his capital to buy assets that he believed were undervalued. This proved to be extremely profitable for the financial guru, as he was able to profit from a market that scared others off.

Do you need as much money as Warren Buffet to emerge stronger from a recession? Definitely not. Be sure to do your homework to find out which assets could be undervalued in times of a downturn. If you do that, you can use your knowledge to generate positive returns when other market participants are anxious. 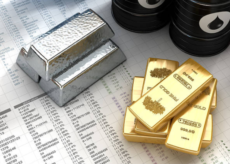 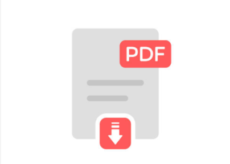