The new financial year has started from April 1. With the change in the financial year, there has been a change in several rules related to income tax. Under these changes, tax will be levied on the interest earned on contributing more than Rs 2.5 lakh a year  in EPF. Moreover, if ITR is not filed, double the TDS has to be given.

1. Tax on interest from EPF

Now units with premium of more than Rs 2.5 lakh will not be eligible for Linked Insurance Plan (ULIP) tax exemption. In other words, if the annual premium for two or more ULIPS in a year is more than Rs 2.5 lakh, their maturity amount will be covered under the tax. The new rule will apply to ULIP issued on or after 1st February, 2021.

Individual taxpayers will now be provided pre-field ITR forms for the convenience of employees and to facilitate the process of filing income tax returns. This will make it easier to file ITR.

Citizens above the age of 75 years will not have to file ITR. This exemption has been given to senior citizens who are dependent on interest on pension or fixed deposits.

5. Double TDS if ITR is not filed

The government has tightened rules for those who do not file income tax returns. For this, the government has added section 206AB to the Income Tax Act. Under this, such individuals will now have to pay double TDS, if ITR are not filed.

According to the new rules, those who have not filed income tax returns will also be charged more tax collection at source (TCS). As per the new rules, from 1st July, 2021, the TDS and TCL rates will be 10-20% which was earlier 5-10%.

Now you will get only one chance to file a delayed ITR. Rs. 5,000 late filing fee was applied for filing ITR by 31st December and Rs. 10,000 was imposed on doing so from 1st January to 31st March.

7. Only three-year-old tax returns will be able to open

The deadline for opening old returns in tax evasion cases of less than Rs. 50 lakh has been reduced from 6 years to 3 years. With this, 10 year old returns can be opened only after evidence of more than 50 lakh tax evasion is revealed. This will also require the permission of the Principal Commissioner of Income Tax. 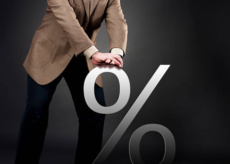 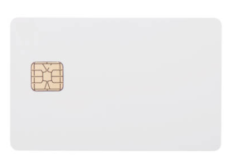