Why Some NFTs are High Valued?

Non-fungible tokens have become very popular in the recent years and are some are traded at insane prices. In this article, I’ll explain why people are going crazy for this asset.

But What are Non-Fungible Tokens (NFT)?

A Non-Fungible Token is a cryptographic asset on a blockchain that is unique and not an exchangeable/replaceable asset. While Fungible Tokens are, for example, units of a cryptocurrency that can be exchanged for an equivalent unit, a Non-Fungible Token has its own value and is not replaceable. It can be compared to a painting by a painter, for example. You can photograph it, but originally it only exists once. And when individuals buy NFTs, they get proof of ownership of that NFT. And this ownership is recorded on the blockchain; which basically means that no one can alter that and even if someone does, it will be easily seen.

NFTs exist only ONCE

Unlike a real painting, a digital painting can be reproduced at any time. The Non-Fungible Token, however, cannot. It exists only once. Whoever owns it, is recorded on the blockchain. This can be illustrated with the virtual trading cards from NBA Top Shot. Each of these trading cards, called “Moment™ NFTs,” is represented by an NFT. The videos of game scenes contained in each moment can be viewed on YouTube at any time. There can also be a large number of copies of a trading card. However, each of them has its own NFT.

NFTs are in existence for quite some time. They first appeared on the Ethereum blockchain. The associated standard was named ERC-721, which was further developed to become the ERC-1155 standard, expanding the concept to include, among other things, the ability to combine multiple NFTs into a new NFT.

NFTs can be assigned to virtual objects, such as digital art, video clips or trading cards, as well as to real objects. One idea, for example, is to tag real estate with NFTs. One major advantage of NFTs is that they eliminate intermediaries (typically banking institutions). Buyers and sellers of NFTs can contact each other directly. In the case of real estate, this would make a democratized form of trade conceivable, among other things. Real estate, for example, could be divided into a large number of NFTs, which would then be traded separately.

The real value of an NFT depends solely on the value attributed to it. Digital art, for example, attracts buyers by allowing them to become the only real owner of an object – even if copies of that object are shared millions of times on the Internet. Clearly, the value of an NFT could also lie purely in the fact that it is seen as a speculative object, bought as cheaply as possible and sold again as expensively as possible.

However, NFTs could basically be used for a variety of completely different purposes. For example, a system of digital identities could be built on them. Every person could then receive an NFT as a kind of digital passport. In theory, this could speed up the entry and exit process.

Few of the Highly Priced NFTs

Although NFTs have been around for a long time and have already spawned initial hypes, such as KryptoKitties, there is still a lot of experimentation going on with them at the moment. Such experiments are mostly present in the media because a kind of gold rush is taking place and buyers of NFTs are making ever higher offers.

Companies are also eager to jump on the hype. Nike, for example, has a patent on a line of athletic shoes called CryptoKicks, copies of which are equipped with NFTs. The NBA basketball league, meanwhile, has created Top Shot, an entire platform for NFT trading, which is seeing a huge user rush.

Experts see the growth of NFTs as a manifestation of a “tokenization” trend, where virtual and real goods are tagged and can be attributed to their owner from all over the world. Fraud becomes difficult as a result. No one can steal and manipulate an NFT. The blockchain takes care of that. 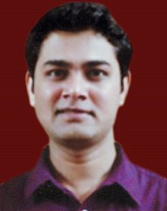 Hi, I am Nikesh Mehta owner and writer of this site. I’m an analytics professional and also love writing on finance and related industry. I’ve done online course in Financial Markets and Investment Strategy from Indian School of Business. 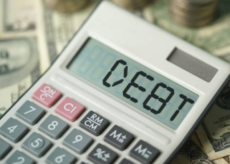 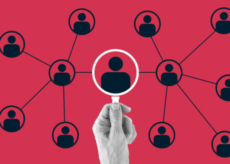