PAHAL scheme was launched on 01stJune 2013 by Ministry of Petroleum and Natural Gas and covered 291 districts. But since Aadhar number was mandatory in order to avail subsidy, consumers faced a hard time in getting enrolled as procedure to get Aadhar card was tedious in addition to the delay in delivery of Aadhar card.

However in Nov’14 the scheme was re-launched and under this, LPG consumers of Indane, HPCL, Bharat who have enrolled in the scheme under two phases as mentioned below can avail Direct Benefit Transfer for LPG (DBTL) without even having Aadhar number. Only condition is that the consumer must have bank account and LPG account on his/her name.

Parking Period: Those who couldn’t join PAHAL scheme before 31stMarch 2015 can still enroll before 30th June 2015. The period is called parking period. However until they join, LPG cylinders can be purchased ONLY at market rate and no subsidy would be transferred. Once they get enrolled, they will get permanent advance along with the due subsidised amount for the financial year. This parking period is actually because of government’s generosity. Check out benefits of PAHAL scheme in detail.

People from rural areas still do not have bank account and they face hard time to get enrolled in DBTL scheme. For such people, a very simple solution is to open zero balance savings account at free of cost under Pradhanmantri Jan Dhan Yojana (PMJDY). Procedure to open account under PMJDY is very simple and also offers various benefits to the account holders such as RuPay card, accident insurance and other. 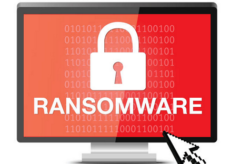 Ransomware Attacks – How to Protect your Business Financially