Many a times, we think that of going through the worst of times or we get the idea that we can never get what we want. This is just what makes you unable to be successful. So it’s best to change your mentality a little bit. And that’s how successful people think differently.

Successful people see the world differently than others. They’re neither perfect nor have an easier version of life. But they always seem to move forward. 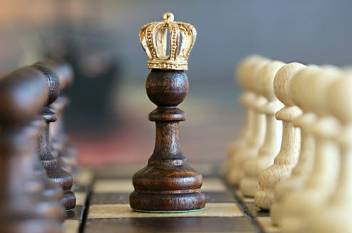 It doesn’t matter what obstacles they face, what problems get in their way, how much the skeptics doubt them, or how strongly the critics mock them. They always find a way to win.

They believe in some very important principles that make them a winner in their battle for success. For them, these beliefs are not just motivational quotes that they once read in a book.

Failure is the word we least want to hear when we embark on a new adventure. Although history has shown us that failure has been a part of us from the beginning. A child falls many, many times before he can walk on his own.

Most people believe that failure is the worst thing that can happen to them. That it is something that should be avoided, but without it, we would not know how to overcome our limits and build a new world full of ideas and creativity.

You can see failure as a setback, but why see it as an opportunity to improve? You may fail many times, but that doesn’t mean you’re far from success. Failure causes you to know different ways to fail so that you can recover and try again.

Most successful people have failed again and again before reaching to the pinnacle of success. Thomas Edison failing more than 10,000 times before inventing the bulb is the best lesson for everyone. There’s one thing all successful people have in common: they don’t give up. No matter how difficult the path to achieving their dream is, they keep trying.

A successful person’s belief system influences every part of their existence. For them, failure is a stimulus, rather than an obstacle.

Read on the beliefs and profile of successful people.

Successful people believe with all their soul that nothing, absolutely nothing, is impossible.

They may not know “how” they are going to do it, but they firmly believe they will solve it along the way. They know that effort is the great catalyst for achieving dreams. If at any time they don’t know what to do, they will learn it. They trust their abilities 100%.

The things you believe in can change your life. That’s why it’s time to stop and think about what really drives you. What do you believe in?

Do you think life is unfair? Do you think things are more difficult for you than for others? Are you waiting for a lucky break? Do you always look for someone else to blame?

Successful people have it all. They own their actions, have the necessary attitude and decide what to grow up in.

They don’t set limits, they believe in possibilities. What about you?

The virtue of stubbornness

For most of us, stubbornness is a flaw. However, it is a characteristic that successful people tend to have. 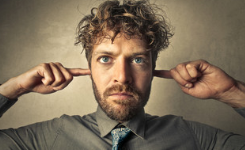 If they have an idea or are convinced of something, they will carry it out against all odds. It is at this point that stubbornness becomes a virtue. Many of us would believe that our idea is bad if most people tell us so. Others would stop trying something at the second or third failure. They do not. On the contrary, they work tirelessly.

Many of the most successful people in history, like Bill Gates or Jeff Bezos, went through numerous unfavorable situations. And although most of them affected them at some point, they had the character to get up and get over it.

So do you have any ideas or plans that you would like to carry out? Go for it! Make stubbornness a virtue.

But can people change their mentality?

You are as intelligent and hardworking as you are and you can’t practically change characteristics intrinsic to your personality. This is a fixed mental structure.

Others think differently. Those who have a different perspective (a dynamic mental structure) believe that with a lot of efforts and perseverance they can expand their – intellect, improve ability, strengthen character and overcome obstacles.

They see the key to success not as an inherent talent, but as something that is achieved through hard work.

In case you haven’t noticed, successful people generally have a dynamic mental structure. That’s what this is all about. These types of people focus on developing and training their mental structure to solve problems constantly. While the unsuccessful often excuse their lack of intellect or skills to avoid challenges.

Therefore, yes we can change, yes we can train our mind and work until we reach the level we need to face any challenge. It is a matter of believing it and putting aside excuses.

The influence of the environment

Although you need a strong and disciplined mind to achieve success, but it is not everything. We are social beings, we develop in different environments and we cannot change that. So basically, environment plays an important role in our journey towards success.

Surrounding yourself with a positive and friendly environment will be beneficial in achieving success. You don’t need to be told how crazy your idea is or how many failures you’ve had so far.

This kind of attitude will make things difficult for you. The opposite happens if you surround yourself with people willing to help you, to give shape to the ideas, willing to collaborate in the recognition of your failures and to understand how to overcome them. In general, people who can motivate rather than discourage you.

This brings us to a very important concept in this world: Humility.

Most people tend to believe that when they start getting success there is no need listen to other’s opinions or consider certain threats. After all, we are on our way to success, we feel strong and unbeatable.

But this philosophy does not help: Knowing how to listen to the right people can be very useful. Remember that a third party can see the situation more calmly and objectively. You must be stubborn to overcome obstacles, but humble to learn from them. It’s about finding the right balance.

Take a risk and love what you do

If there is one thing that successful people have in common throughout history, it is that they are not afraid to take risks when it comes to carrying out their ideas. Galileo was not afraid to experiment despite adverse conditions nor did Bill Gates care that a garage was his first computer lab. 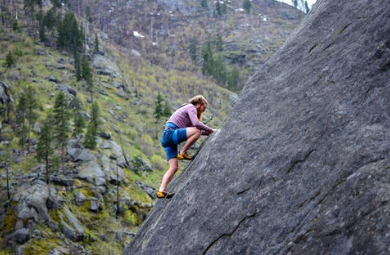 So get out of your comfort zone! You’ll hardly succeed if you stay where you feel comfortable. It doesn’t matter if the idea seems crazy to you. You should go and get it!

On the other hand, consider that when you get that great idea, it will be what you do for the rest of your life, so it better be something you enjoy doing.

If you choose something just because you think it can make you good money but don’t enjoy doing it, you’ll end up frustrated and bored. So focus on what you love to do and find a way to achieve success through it.

That’s how they think

Hope these tips are useful and will help you in taking necessary steps to achieve success. 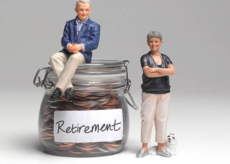