Parking your money in the bank earns you interest and is considered a safe haven amongst risk averse investors. However too much of money in the bank is not good for bank either, as they have to pay interest to the depositors. This is the reason banks keep on reducing the interest rate.

Since the interest rate on savings account is already low it is further making Indian consumers unhappy.

But do you know that similar to RBI, centralized banks across the world schedule meetings after a set time interval. And during these meetings, the decision to increase/decrease the rate is taken.

Recently (in Jun’18) Swiss National Bank (SNB) conducted meeting in which they decided to continue with the negative policy rate. SNB has maintained negative interest rate of -0.75%. This basically means that, account holders keeping deposit with the bank will have to pay interest to the bank. Strange isn’t it? Doing this, bank wants to entice consumers to invest more elsewhere and spend more with the money they had instead of depositing it in the bank. This rate is actually the lowest in the whole world.

Similar to Swiss National Bank, Bank of Japan has also followed the suit and has kept negative interest rates.

There are broadly two main reasons of banks reducing the interest rate as follows:

Listed in the below table is the interest rate charged by central banks across the world: 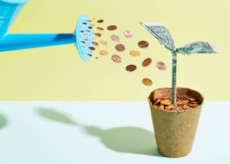 Are you starting to invest? Consider these investment tips

9 Credit Bureau Myths That Keep You Awake at Night

Most recurring reasons for applying for a personal loan