e-Vahan Bima: Benefits, How to Get, Digital Insurance

Imagine a situation, you’re going for a picnic with your family in a car, and traffic police stops you and asks for policy documents. Although you’ve purchased car insurance, renew it every year without fail and also carry it always, but this time you forgot to carry it. You try to convince traffic police about the situation but he doesn’t listen to your explanations and fines you heavily. Had you carried the policy documents, your ride could’ve been more enjoyable. Such situations are very common and paying penalty or bribing is the only option.

So to ease policy holder’s pain, Insurance regulatory and development authority of India (IRDA) has launched e-Vahan Bima, an initiative that would ease pain of insurance policy holder from carrying physical copies of their policy documents everytime they drive their vehicle and instead digital insurance will be provided by the insurance company.

With eVahan Bima, both two and four wheeler policy will be issued in electronic/digital format which will come along with quick response code (called as QR code). Policies can be stored and accessed over the smartphones. If traffic police asks for the papers, then insured person just needs to show the QR code which contains all the policy details such as premium paid date, policy start and end date, vehicle details etc. QR code is nothing but a bar code which will have all your policy details.

How to get digital/electronic motor insurance?

While buying a new policy or while renewing the existing one, policy would be sent to the customer in a digital format via E-mail. The digital paper will have QR code. SMS will also be sent on the registered mobile number after the digital policy is issued. It will contain details of the insurance policy.

How you can get QR code?

For this, you will need to download the app “QR code scanner” which is available on both google play store and App store. After downloading, scan the image of QR code present on your policy document. By clicking on the scan button, policy details can be seen.

Operation cost will go down as the cost of sending physical copy to the policyholder during buying and renewal will now be done physically which earlier was done via courier service leading to increase in cost incurred to the insurer. Since insurers expenses will also go down, there is a possibility that companies will pass on this benefit to the policy holder. Another benefit, insurers will get is the negative comments or feedback by their customers on non-receipt of policy documents. This causes lot of problem to the policy holder especially at the time of claim. With the launch of digital motor insurance policies, authenticating and verifying the documents will become easier and this will reduce the claim frauds.

Financial Literacy: A Tool for Our Next Generation 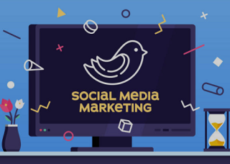