By now, everyone must have gone through hardship in getting currency either from ATM or Bank atleast once. People are standing in queues even before the doors of bank or ATM opened.

The main objective of the currency ban was to end black money in the market and fake currency which has been hurting India’s economy and internal security. However even after the currency ban, fraudsters have invented multiple ways to trick the system and within month of the ban there are news from across India of illegal ways new currency notes have been circulating in the market, old currency notes converted in bulk in exchange of new notes unethically, money laundering, and others.

Read on effects of demonetisation.

Several arrests have been made across India involving officers from banks, Reserve bank of India, post offices and others such as public servants, middleman etc.

Here is the list of countrywide raids conducted by CBI, IT department, police on various banks, post offices, individuals, and other places/individuals. Arrests have been made across country which surprisingly includes bank officials.

Axis Bank: One of India’s top most private bank was also involved in the misconduct.

ATM servicing company and banking personnel from Karnataka Bank and Dhanlaxmi Bank have also been arrested.

Central Bank of India and other connected individuals are arrested for issuing 149 demand drafts worth Rs. 70 Lakhs.

Currency conversion charges have also been registered on officials from State Bank of Bikaner and Jaipur and Indian postal department.

From Punjab, 4 persons were arrested for printing fake currency notes of Rs. 100 and Rs. 2000.

Undisclosed income worth Rs. 18 Crore has been recovered from oil manufacturer in Punjab.

Black money worth Rs. 6.5 Crore was seized from a garment manufacturer in Punjab.

RBI has ordered bank to put CCTV camera until 30th Dec to keep a track of illegal activities such as counterfeiting of new currency notes.

Monitor new notes released from currency chests.
As of now, across India 16 arrests have been made with currency conversion amount Rs. 19 Crore. 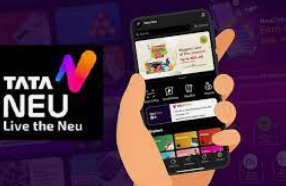