Growing economy benefits everyone. But others have to bear the cost, most importantly the climate and environment. And ultimately, we the people have to face the impact. The impact of climate change affects the global economy, but especially the poorest.

The consequences of climate change and extreme weather events such as heat, drought, continuous or heavy rain are nothing new. They have always occurred, but not as frequently as in previous years. The weather experts agree that climate change is to blame for this. And the biggest impact is on the end consumers.

Climate change is one of the greatest threats to the planet and its effects can be truly damaging (if they are not already) in economic terms. Average temperatures are increasing, natural disasters are occurring more and more frequently, sea levels are rising… there are many sequels that climate change brings with it

In addition, its effects worsen the hunger situation, aggravate droughts and floods and have a direct impact on natural resources. Consequently, agricultural and livestock production, as well as fishing and aquaculture, are affected by the trace of this phenomenon.

This article explains how climate change will impact various industries and its financial impact on consumers. The problem begins with agriculture industry; the main source of inflation.

One of the most serious consequences of climate change is likely to affect agriculture and the food supply of the world’s population. The agricultural business is strongly linked to the climate and is already suffering financial damage as a result of climate change.

Global warming alters the development and reproductive cycle of plants, bringing forward the flowering and harvesting seasons and decreasing crop yields. In addition, variations in temperatures and growing seasons promote the proliferation and spread of pests and weeds. And as a result of changing rainfall patterns, harvests are lost and long-term production of major crops is reduced.

It is estimated that an increase in temperature of 2°C would result in global crop failures of at least 10 percent. People in the poorest regions of the world are highly dependent on agriculture, which is directly dependent on the natural conditions. As the average soil temperature is progressively increasing, agricultural productivity in some areas is also being affected in several ways: in terms of the quantity and quality of crops. Changes in the use of water, herbicides, pesticides and fertilizers; will result in the reduction of crop diversity.

Due to reduction in food supplies; demand will further increase of at least the basic commodities as the number of buyers is certainly not going to decrease. And this naturally increase the cost of buying and ultimately consumers will have to bear the brunt.

(3) Let’s take recent example of India. Due to excess rainfall in October and November 2019 in pulses growing regions; there has been a lot of damage to the pulses especially black gram (called as Urad dal). This has resulted in the increase of price from Rs. 56/kg to Rs. 87/kg. Similar rise was seen in other varieties of pulses with average price increase of 9% to 12%. At the same time, the production has fallen by 30%.

(4) Unseasonal rains during October & November 2019, have impacted the onion production as well resulting in its prices to double. All this is because of poor harvesting and drop in quality of onion because of the damage. Since no one would want to purchase poor quality onion; naturally the price of quality ones has increased because of rise in demand. To meet the demand, India will be importing onions from other countries such as UAE, Egypt, Turkey and Afghanistan.

Climate change will bring serious consequences to the fishing industry. As the sea temperature rises, fishes will move further north in search of cool waters with more suitable temperatures. This is the case with common fish species such as tuna, anchovy, horse mackerel, mackerel or sardine.

So clearly, the fishermen will have to travel long in the sea to catch fishes or survive on selling what would be available within their limits.

Impact of climate change will also affect the transport industry. Transport vehicle owners especially in particular, will face more impact from flooding, damaged roads, etc. This will interrupt the existing routes and will make assages impassable for longer periods of time. Or the permanent damage to the roads/infrastructure will result in enrouting through new paths, which will increase the transportation cost.

So again, consumers have to bear the cost of this rise in transportation cost, as the cost of buying the commodity will directly increase.

Natural disasters, as they increase in frequency and severity, cause immense damage to public infrastructure. Rebuilding this infrastructure requires hefty funding from the government. And governments will indirectly pass these expenses from the consumers in the form of taxes. Income from tax is one of the monetary source for most of the countries governments. And the funds collected are used to for nation building e.g. roads, bridges, buildings etc.

Changes in precipitation quantities and patterns and the decline in snow, ice and glaciers have an impact on water cycles in many regions and thus on the quantity and quality of available water. Due to rising temperature, demand for water will keep on increasing and thereby the cost of getting water will increase.

Inflation will be determined by restrictions in food supply due to climate change, rather than by excess demand given the growth of consumption in high populous countries. It has been observed that the increases would be due to the effects of climate change on agriculture, both at the national level and on imported goods.

The situation is worrying because an extreme climate would further boost the prices of raw materials. This would affect the purchasing power of consumers and jeopardize the economic recovery of many developed countries.

Countries with a high dependence on imported food, would suffer from instability in the face of price variations. These behaviors suggest that the strong rainy seasons, characterized by high rainfall, greater cloud cover and reduced daylight hours, will affect the development of agricultural activities.

With less production, the price would go up. And the rising food prices will have different effects on public health in low, middle and high income countries.

Low-income countries that rely heavily on food imports, like many in Africa, are particularly vulnerable to food insecurity when food prices rise.

Whereas in middle-income and high-income countries, rising food prices will force consumers to spend less on food, opting to buy relatively cheaper and poor quality food to save money.

According to the 2018 reports by the United Nations Intergovernmental Panel on Climate Change, the average temperature of Earth has risen by one degree centigrade since pre-industrial times, and this effect, produced by human activities, has caused catastrophic consequences in the Earth’s climate: heat waves, droughts, rain and more intense snowfall; in short, more extreme climatic conditions. If greenhouse gas emissions continue at the current level, the increase in global average temperature will, according to the previous report, be 1.5° C sometime between 2030 and 2052, and beyond that point, the effects will be more severe for the future generations.

Chandra is a seasoned banker with 35+ years of experience in banking and financial services industry. He’s a retired banker and has served as Chief Manager and Assistant Vice President in State Bank of India/or its subsidiaries. He has authored many articles on this site (allonmoney.com). 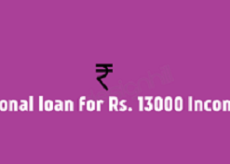 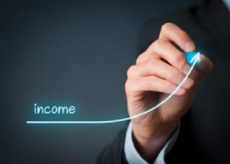