Thinking Of Raising Children In These 10 Countries? You Have To Go The Extra Mile!

Presently, a lot of people think twice about starting their own families. Who’s to blame? It’s not easy to raise children right now, considering how costly it can get to provide for their needs. According to an article published on Cost Freak, the cost to raise a child is, at least, $12,300 per year, and that only accounts for the basic needs. There are other factors to consider, including the income, location, and the marital status.

But that’s just the tip of the iceberg. There is more to see and be aware of when it comes to childcare. In fact, the Society at a Glance 2016 has revealed an eye-opening report about the childcare expenses in member countries of the Organization for Economic Co-operation and Development or OECD. It said that 15% of the household’s net income is the average cost to raise children; that’s no joke.

Statista, an online statistics company, has compiled the data and provided a better perspective of the OCED countries with the highest expenses on childcare. And if you have thought of raising your kids in one of these 10 nations, then you’d better make sure that you’re physically, mentally, and financially prepared for such arduous experience.

On top of the list of countries with the most expensive childcare is the United Kingdom. The cost to raise a child in this country is very high that parents spend more than 33.8% of their income for their kids. And even before the rearing begins, childbirth is also expensive, averaging at $4,609, according to The Cheat Sheet.

The good news is that there is help from the government for middle and working classes. However, the subsidy is not enough that one of the providers chooses between working and staying at home with the child. The cost of living in London is even higher. Rent and entertainment are some of the highest priced in the world.

Next in line is the country of kiwis: New Zealand. Families in this country spend 29% of their income for their childcare. It is twice as much the expenses in Australia. There are a number of private providers, which have quality services for children, too. However, these services do not come cheap.

Not only is the childcare system in this country not up to par, it is also very expensive. Many parents spent 27.4% of the net income since they want their child to receive the best education. But if you think about it, the costs are way too high. They are willing to pay higher taxes for government assistance with childcare, but so far, that has not happened yet. After school programs are also very expensive for children.

Hold onto your seats as you may find this absurd. According to Huffington Post, the cost of childcare in the U.S. is apparently more expensive than the college tuition. This can imply how difficult it is to raise children in this country, especially when you don’t have a stable job. Most parents spend 25.6% of their income, but it significantly varies from state to state or which city you live.

In order to have a child at a daycare, parents have to shell out almost a quarter of their salary. There are very few tax breaks for families with children as well.

Even though people in Canada receive free health care, the cost of raising a child is very high. Childcare is expensive that parents have to spend 22.2% of their income. The big cities such as Toronto are safe, but they can make your wallet empty. Bottomline is: it is not cheap to raise a child in this country.

The basic necessities for children are expensive since they need to be imported. Many couples tend to limit the number of children they have due to the high costs of providing for them. Although childcare is expensive in this country, the Australian government has provided the Child Care Benefit. This payment is going to help parents for their child’s day care, outside school hours care (OSHC), and vacation care, as well as preschool and kindergarten.

This country is very expensive. A small apartment can cost a family several thousand dollars a month. The cost of childcare is very high as well as private education. Cheat Sheet has also revealed the average childbirth in the Land of the Rising Sun is skyrocketing at $61,000. In addition to the high cost of living, the limited space also has an impact on the Japanese family. Entertainment and food are also very high.

While France has more affordable childcare than other European countries, it is still very expensive. Both parents have to work in order to provide for their children. The cost of food is rather high as well, making an impact on the family size. While women can take off some time to take care of their child, it does hurt their career. The more time they spend out of their chosen work, the lesser the chances they have of getting a high paying job.

Childcare is not cheap in Germany. In many cases, mothers have to stay home to take care of the children because childcare is so high. It makes it difficult for both parents to go to work. By the time the child reaches the teen years, the cost goes up as well. It results in working full-time jobs just to feed and clothe their kids. 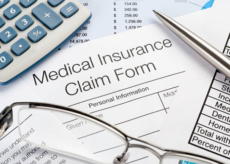