66 Quotes on WEALTH from Successful Millionaires

Being a successful millionaire and having an enviable lifestyle is the result of the way you live. And the way you live is nothing more than a response to the quality of thoughts you harbor in your mind. That’s why if you want to be a millionaire, listen to someone who’s already done it. Or put another way, be inspired by these millionaire phrases. Be assured that these millionaire phrases will not only inspire you, but show that what you have built in your life is a result of your way of thinking, not chance of fate.

Phrases from Millionaires on Wealth 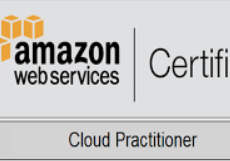