The published report by Bloomberg Markets magazine on the annual ranking of the 50 most influential people in the financial world whose opinions are taken into account not only by the companies and organizations to which they belong, but also by the governments of all the countries, as their decisions influence the economy of the entire planet.

In times of crisis in the global economy, their presence is increasingly significant and their names are in many cases well known throughout the world.

In drawing up this list, account was taken of those men and women who are influential in the industries or sectors in which they participate, in governments and economies in general, and also those who have made it possible to achieve great results for their companies.

In making this selection, they have taken into account the most influential people in finance at the moment, rather than those who have been influential throughout their career.

The list was drawn up taking into account the opinions of reporters and editors in 146 different offices, reviewing the names that have appeared most frequently in Bloomberg’s news and consulting the different rankings published in the media.

The selection was made by dividing the 50 people into 5 categories:

In this ranking you’ll find important names such as Christine Lagarde, Director of the International Monetary Fund (IMF), Steve Jobs, who has just left her position as CEO of Apple, or Jamie Dimon, CEO of JP Morgan Chase & Co.

Carmen Reinhart – Author of the book’This Time Is Different’. 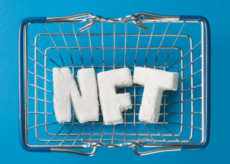